I love the story of Joseph. Nearly everyone has heard of his coat of many colors or the dreams of his youth. Most recall him fleeing out of the hands of Potiphar’s wife when temptation approached. Some will recall his time in the dungeon where he interprets the dreams of Pharaoh’s servants, which catapults him into authority and influence second only to the most powerful leader in Egypt. We eventually see God’s hand elevating and using Joseph to administrate salvation to the known world while preserving the covenant with the family of Israel. It’s a story filled with drama and trauma and fortunately, the Bible records much of his life from birth to death. It’s looking back at the “long game” that yields perspective in those troubled days.

It started early for Joseph. Though he was 11th in the birth order of sons, he was the firstborn son of Jacob’s favored wife Rachel, and thus made him the favored son. Jacob clothed him in special honor, gave him oversight over his siblings, which was more than his brothers could stomach. In his youth and immaturity, I’m sure he irritated everyone, yet God was with him, giving him dreams of future days, which he proudly announced to all. Something more than sibling rivalry was planted in those days.

What type of seeds root in the heart when envy, jealousy, and resentment are left to grow? They seem so justified even normal don’t they?

Have you ever surveyed your workplace and identified the “favored one”? Have you secretly wished them ill? Caught yourself tearing them down in your thoughts, perhaps even intimating to others, in a sarcastic way? A seed is being watered.

I see years of resentment training Jacob’s sons. What you maintain, you will eventually become.

Imagine their relief, when Jacob, their father, sent them away to another region to graze the family flocks. “With pleasure” they must have thought. “Out of sight out of mind.”

But it didn’t help. Distance won’t change what’s been intentionally cultivated in the heart.

A few weeks later, the familiar outline of Joseph was seen on the horizon. He came searching them out to report back to Dad. Seeing him just a short distance away his brothers devised a plan to kill, steal and deceive.

It’s amazing how quickly one can act when bitterness has been fed. They would have killed him too, but seeing that there was money to be made, they ended up selling him for 20 pieces of sliver to slave merchants heading towards Egypt. Here Josephs’ favor, fortune, and fellowship all went dark, one story ends, and another begins.

How easy would it have been for Joseph to let anger and bitterness fester and grow? He would have become what his brothers were, self-serving, self-focused and bitter.

Wonderfully, that’s not where the story ends. Joseph had many opportunities to grow bitter, but his actions proved otherwise. Joseph’s cultivated something different in his heart, and that made all the difference.

Centuries before Paul would pen these words to the church in Philippi, Joseph lived them in practice.

What you stare intently at, you will eventually become.

Monday Question to Ponder: Are there people in your workplace that you feel have an unfair advantage? What are your attitudes concerning them?

Tuesday Question to Ponder: What types of thinking are you cultivating on the inside?

Wednesday Question to Ponder: Are there opportunities today to choose forgiveness over bitterness? What will you do?

Friday Question to Ponder: What story is being spoken about you in your workplace today? 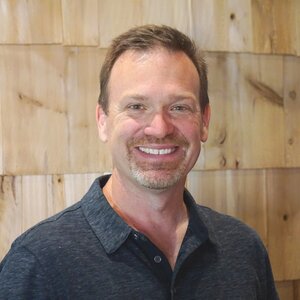 I’m a father of 4, husband of 1, a pastor at large, but also at Northstar Church in Loveland. I lead an effort called Kingdom Prayer Initiatives, and facilitate a School of Kingdom Ministry locally. We’ve lived and served international and have been in vocational ministry for over 30 years, with most of those years rooted in Cincinnati Ohio.

Random fact: I’m most content in front of an open campfire at any time of the year.