About 10 years have passed since God’s call to Abram, the subject of last week’s passage.  In that time, Abram has experienced “changes in attitude and changes in latitude.”  He pulled up stakes in Haran and moved to the land of Canaan.  God had blessed Abram and “Abram had become very wealthy in livestock, in silver and gold.” Gen 13:3 (NIV). In business terms, we would say that the venture to which God called Abram had paid off.  He had possessions, a large staff (Gen 14:14), and was well respected in the region (Gen 14:13).

But something bothered Abram, God’s initial promise to him was that God would make Abram into a “great nation.” Gen 12:2 (NIV). God repeated the promise in different ways in the 10 or so years following his call, see Gen 12:7, Gen 13:14.  But, there had been no progress on that part of God’s promise.  Today’s passage, Genesis 15, begins with God repeating his promise to Abram for the third time.  But, for the first time recorded in Genesis, Abram responds by pointing out the obvious, “You have given me no children; so a servant in my household shall be my heir.” Gen 15:3. Again, God responds by assuring him that a son, and not a servant, will be his heir and his offspring will be as innumerable as the stars in the sky.

If we jump ahead 4,000 years, we know that God fulfilled his promise to Abram.  Indeed, the fulfillment was probably greater than Abram could have imagined.  But, if we take it back to Abram’s lifetime, it didn’t look as rosy.  Abram (by then renamed Abraham) would have a son through Hagar in the year following this opening scene, but God told Abraham that God’s blessing would not come through that son.  It would be another 15 years, when Abraham was 100 years old, before the birth of his son Isaac, through whom God’s blessings would come.  Isaac’s birth was about 25 years from God’s initial call to Abraham.  Abraham was 175 years old when he died, 100 years after God’s call in Haran and 75 years after Isaac was born.  What was the status, at the time of Abraham’s death, of the fulfillment of God’s promise to make Abraham a great nation?  Abraham had twin grandsons, who were still children.

You may find you have a lot in common with Abraham.  You have been called by God to serve the kingdom through your job or as a business owner, or both.  You started with a grand vision of what God would do through you and your work.  You expected some degree of success, as measured by the world’s standards, and you hoped to build Kingdom of God and bless those with whom you work.  Now, you may be 5, 10, 25 years down the road and the reality doesn’t match the vision.  You are wondering if you heard God correctly or heard Him at all.

Do you think Abraham had similar questions and doubts?  When he died, 100 years after responding to God’s call, he had little evidence God was making him into a great nation.  Abraham was not perfect.  He had character flaws and, in my view, made errors in judgment.  But, through it all, Abraham believed God’s promise and it was credited to him as righteousness. Gen15:6, Rom4:22. Through the disappointments, missteps, and events that didn’t fit the plan Abraham had in his head, he was faithful to God and His calling.  He died seeing little of the promise fulfilled, but not doubting the one from whom the promise came.

Abraham is a good model for us.  He demonstrated a willingness to drop what he was doing and follow God’s leading, even at a time when no one would have faulted him for staying in his lane and doing what seemed natural for his age and social position.  He stayed faithful to the vision God gave him, even when there was little external evidence the vision would ever be accomplished.  He trained his family and those who worked with him to trust God and follow His ways.  May we have the faith and endurance to follow Abraham’s example and may we know the rich blessing of believing God and having it credited to us as righteousness.

Questions for the Week:

Monday:  What was God’s original calling to begin the career path you are on now?  Did you write it down at the time?  If not, write it down now.  This week we will be reflecting on your “career calling.”  Thank God for your calling and ask Him for vision and courage this week to review your progress.

Tuesday:  As you reflect on your career calling, what are the success stories, the places where you have seen God at work?  Thank God for what He has provided.

Wednesday:  As you reflect on the career calling, what are the missing pieces that God still needs to fill-in?  Are you waiting for God to provide what seems to be a necessary piece of the vision?  Don’t be afraid to tell God the obvious.  Like Abraham, it is OK to tell God your questions and concerns about whether you heard His leading and whether God is going to provide what you believed He has promised.

Thursday:  Abraham had people around him who he relied on.  Who is in your support group?  Thank God for the people He has provided to support you in your journey.  If you don’t have a support group, pray that God will help you identify the people who can help support you and who you can support in their journey.

Friday:  What have you learned or discovered about your career calling this week?  What are three to five things you will begin doing to stay focused on the journey on which God has called you? 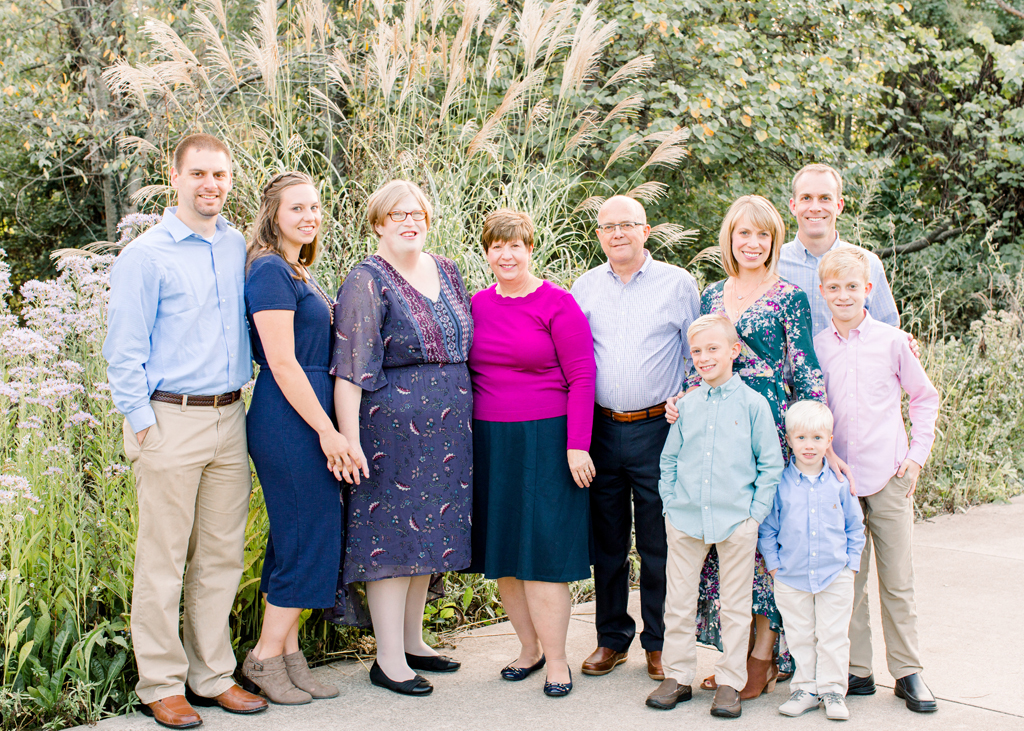 David McPherson has distilled his life goal into 10 words: Press on. Run the race. Keep the faith. Finish strong.  He has served as General Counsel for Family Christian Stores and now provides fractional General Counsel services to companies and nonprofit organizations.  David loves spending time with his family.  His favorite way to relax is with a camera in his hands.