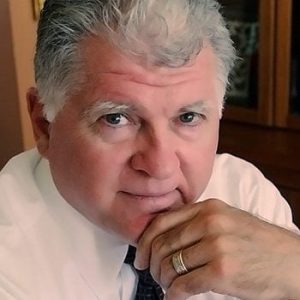 Dan Snively grew up on the Yakama Native American reservation in Washington state where his father was a pastor. He was influenced by many Native American traditions including the need to establish a physical presence, which was helpful to him later in life in his role with Prison Fellowship and as an executive coach and developer of the LionsLead leadership assessment.

Dan was able to translate many of his early experiences into real life application. He says, “As a teenager I was working on a ranch. And ranches in the state of Washington are huge. I was working in the summertime 70 hours. I was put in charge of all irrigation by the time I was 15. That was a big deal. Like King David when he was a shepherd boy, I was like a David in that I was out by myself. I had to herd sheep occasionally. So I know what it’s like to shepherd sheep. I learned to meditate on the Word. I took what David was doing as I read the Psalms. When I was 15 those were deciding days that changed my whole trajectory towards what I do now. It’s about, how do I serve God by serving people? I then went to Alaska on the back side of Kodiak Island and worked with the Aleuts. God in his mysterious ways gave me experiences when I was 15-18 that He would use 25 years later and to this day.”

Dan turned his attention to academics, attending Grace College in Indiana where he earned both masters and doctoral degrees. He says, “I had three careers. The first was 15 years as VP of student affairs at Grace College, and my second career where I was VP of the eastern half of the country for Prison Fellowship. I was in and out of the worst prisons in the country. Chuck Colson and I had a special private relationship. When I would speak, he would say, ‘You are the one that understands what I am about, what I believe and what I am trying to do.’ I was the one in the latter years, if they had hotspots, I would be the one they sent in. The typical pattern was that I would fly down, meet with the governor and his people. I would go to the department of correction and then they would send me to the worst facilities in the United States.”

Dan credits his ability to feel comfortable in any situation with his early years on the reservation where he learned to relate to people of different races and backgrounds. “I could walk into a prison and [the inmates would] pay attention to me. I am extremely comfortable in any situation. Zero anxiety and they feel it. Gang leaders would accept me. There is something that God did in my earlier experiences that wipes out all the mistrust. It bothers me that I am perceived as a guy who is an academic. I say God made me a little smart but that isn’t what helps. I am no respecter of persons. I was raised in poverty. I would put cardboard in my shoes because we were so poor. There were times we didn’t eat much. There were times when I was 8 and 9 that things were really bad. My mom would gather us and say ‘We’re having a special supper tonight.’ It was bread and butter with sugar sprinkled on. I knew what that meant. We had no other food. I never told my brother and sister because they thought we were having special food.”

Dan’s third career was as an executive coach, which led to the creation of LionsLead, a series of behavioral assessments that help individuals, teams and communities reach transformational success by recognizing, measuring, and perfecting their capacity to achieve. Dan’s hunger to understand good leadership came from his experience with poor leadership. He says, “I came from poor leadership. From people who had no clue how to lead. So I started reading about business leadership. I found that Christian leadership didn’t have much to say. They would write narratives, they would write poems, they would write stories, but they didn’t know how to lead. So I learned how to lead. I looked at Scripture. I still do. There are very few great leaders in scripture: Joseph, Daniel, Nehemiah, Ezra, Paul and David. I studied them. It’s because of the difference leadership makes. My passion is to help people become great leaders because of the difference it makes in the organization. As go the top leaders, so goes the organization.”

He continues, “What does LionsLead do? It pierces the heart of the matter and builds a road map of hope. It helps people understand where they are on the journey of leadership. First of all, leading themselves. Scripture tell us this. But the unbelievers understand this. Until you know how to lead yourself, don’t tell me how you are leading others. What’s involved in that? God has helped me identify the behaviors. It’s not personality. Decades of study went into creating LionsLead. It was a journey. It is the idea of character which produces conviction which develops authority. I tell leaders if you want people to pay attention to who you are and what you say, you must have personal conviction. People will respond, not to your confidence, but to your substance. They’re attracted to that. God made the soul that way. And so at the end of the day it’s about the language of the soul. So whether you are redeemed or not, it’s all about the soul. We teach you to lead yourself so you can lead others. We use the instruments and the processes.”

Dan says, “It’s sacred ground. [My wife] Joanie and I prayed when I started LionsLead that somehow the Holy Spirit would live inside of this—that He would use it to bring people to be honest with themselves. And if possible to come to Christ. That’s the only way I know this thing works. And it happens. So I never get bored. I marvel at it. There is something about the LionsLead process that brings honesty and compassion together because it gets to the soul. People need to and want to share things that they have never done before. People wonder why they are sharing things with you after knowing you for 45 minutes. Because they feel safe. That’s sacred ground. When we certify people, I’m always talking about being careful. There is vulnerability. We all need to be real with God, real with ourselves and we need to be able to take risks and be real with others. Can I be that safe person? The instruments show them where. It speaks their story. Now they are motivated and know what to do. And with our approach on behavior, they can change. They aren’t stuck here.”