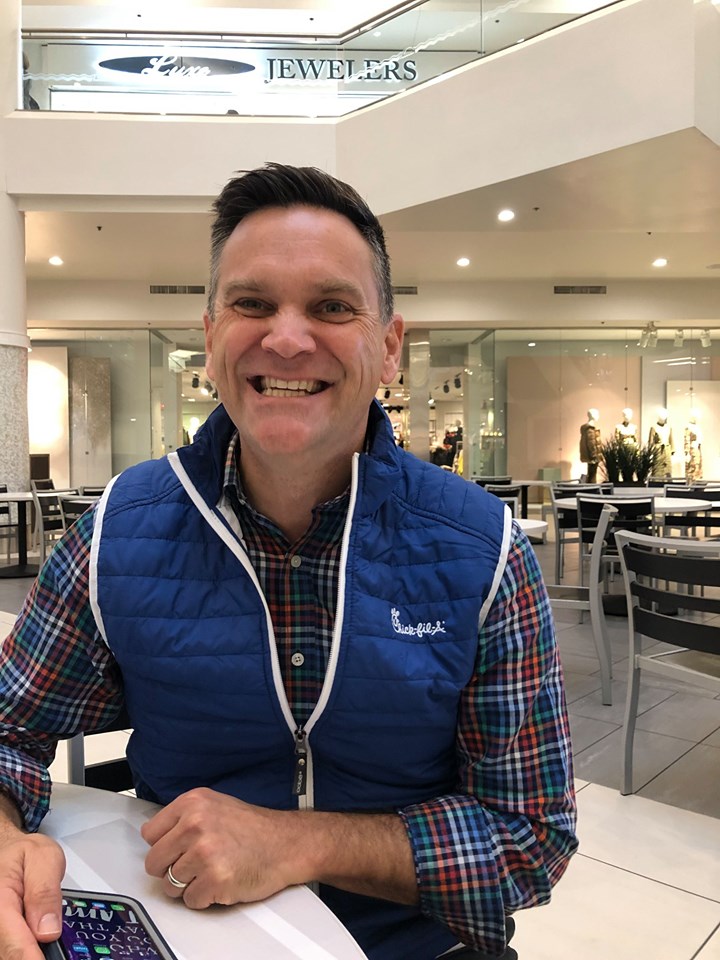 Patrick Vail’s career began in the musical world. After completing undergrad and graduate work in music performance, he was a member of the United States Airforce Band in Washington, DC where he performed for many well known dignitaries including Presidents Clinton and Bush, Al Gore, The Pope, Colin Powell, and members of the Joint Chiefs of Staff. He was scheduled to be at the Pentagon on 9.11, which was an awakening moment for him. After leaving military service, he taught music for several years in schools and in church. Then God changed the tune of his life.

Patrick explains, “I was awakened to what the Holy Spirit could do through us. Before that I knew the Trinity as Father, Son and Holy Bible. It was all about fact: how much I knew. If my apologetics were sharp enough I could trump the next guy. There was no love in that. Then I discovered the Holy Spirit and asked God to work through me. I took a sabbatical to go to California and to Mozambique where I saw amazing things, and I came back changed. I could no longer sit behind a desk. I was sitting on a gift that I was not using and therefore was not honoring God. So the church released me with great honor and respect. I left with no job and no idea what I was going to do. God spoke that He was going to put something before me that made no sense but I was to pick it up. He instructed me to contact Garth Truter at Chick-fil-A in the Kenwood Towne Center and ask about a Catering Director position. So I texted Garth and said ‘this may sound crazy, but do you have a catering director job open?’. Garth said that he did, so I started in March. What doesn’t make sense is that you move from salary to hourly, what doesn’t make sense is that you are over trained for the position, what doesn’t make sense is there is no insurance and you have a family of five. But He is in this, so what do I have to fear? “

Patrick says that when he started at the Chick-fil-A, several of the people from the stores in the mall came to meet him, saying. ‘You’re the new guy everybody is talking about’. When Patrick wondered why they were talking about him, they said it was because he was so full of joy and he was working at Chick-fil-A, so they wanted to check him out. Patrick commented, “That was really funny. With every transaction, I would say ‘God bless you. I’m so glad you came in today. Enjoy your Chick-fil-A’.” He began to see God’s hand in this simple way of greeting people, developing relationships and ministering to them. By creating relationships with each simple transaction, two people have been saved and others have been healed of physical ailments.

Patrick gives an example of one changed life. “There is a gentleman who has a kiosk shining shoes. He has tattoos all over his face and is someone who would never set foot into a church. Turns out he is a rapper with 40,000 followers. He starts coming around to Chick-fil-A asking questions. He says ‘Mr. Pat, I like the way you talk to me. I like the way you see me. You don’t talk down to me. You don’t disrespect me. You talk to ME.’ I said, well, God loves you and I love you also. He said, ‘ I never heard that from another man’. I said, I love you in a way that is very spiritual and very deep. He said ‘Mr. Pat I want to know more’. We continued to talk and, over time, I found out that he had four kids. I told him that he needed to go home and be a dad, and God might increase his following from 40,000 to 60,000 to 100,000 because He wants to use his voice to change the world. The man said that his songs are about cussing and drugs and sex. I told him that he is an actor and that all artists have a character they develop. But that’s not who he is: who he was made to be. The man accepted Christ and eventually moved back home to Louisiana to be with his kids. We’ve been keeping in touch and he is thriving. “

“If there’s anything I want people to know, it is that every transaction can turn into a relationship. Every transaction is an opportunity for prayer. Whether it’s a customer, a vendor, or where you are the customer buying something. You don’t need to know apologetics. You don’t need to know anything. You simply need to ask the easy question of how can I pray for you? It’s that heart that God works through. If you’re in a business that doesn’t allow you to do that, there is nothing that stops you from praying for people and watching God move in their lives. When they eventually tell you about what is changing for them, you can tell them that you have been praying for them for the past year, and they will be blown away by your heart for that situation. The easiest question is how can I pray for you. That’s the best evangelism. And that’s all I do at Chick-fil-A.”