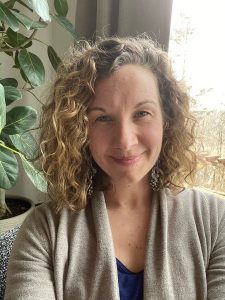 “The hand that rocks the cradle rules the world.” —William Ross Wallace

Rachel Pitman has been known as a gifted entrepreneur since she started her first business at age 19. Since then she has started 5 businesses, one of them with her husband, Aaron. Her two most recent businesses centered on the home. Modern Tiny Living, as the name implies, builds tiny homes and was featured in the TV show “Tiny House, Big Living.” Harvest Housing Co. focused on modular homebuilding and development. Then God called Rachel to another home: her own, as a stay-at-home mother.

When asked if she saw that coming, Rachel says “No. But I think now how growing up I always wanted to be a mom. When I was 14 on a mission trip God told me I was going to adopt some day, so I always knew I would have children. My mom stayed home with us, and I always saw that as being the most important job that I could have. But I also thought I would always be building things and having a career. So I don’t think I saw being called to be full time stay-at-home and I certainly didn’t see home schooling in my future…ever. But God had to take some of the things away for me to eventually lay down the last few businesses that I was involved with.”

She says, “So a few years ago He allowed things to become so painful because I was forcing trying to keep things alive, and eventually realized He was asking me to close a door. That happened a few times. In January of 2021, I had a healing experience where after a few years of some really hard trials that we had gone through as a family, God took the anger that I had been harboring pretty much overnight. That same day I realized that it was God, He asked me to have another child. In that time I was traveling for work, I was going to a mountain in West Virginia where we were developing. These trips were exhausting and time consuming. And then coming home and I have three little children and an adult daughter that we are parenting. I was so tired. So when I knew He was asking me to have another child I felt also that He was asking me to stay home, but I didn’t understand how.”

She continues, “I was looking at my jobs and wondering how in the world… At Harvest Housing Co. we were starting a new development. We had just built our first house and had contracts for twelve more that we were supposed to deliver in that year. This was in January. In April our whole team realized we couldn’t make the numbers work. With Covid delays and prices going up, we made the hard decision to pull the plug on the whole thing, which means we had to refund the buyers, pull out of all twelve contracts, and we were already planning the next street. We were planning three to five years out. I pretty quickly realized that God had made a way for me to stay home. A few months later my husband and I decided to be open to trust God to bring another child, and that happened immediately. I had also decided to home school our oldest child who was going into first grade.”

When asked how she sees God in the work that she is currently doing Rachel says, “At the same time that all this was happening, in January 2021 I decided to read my whole Bible in a year. I had never done that, and I have been a Christian since I was 7 years old. And doing that made me realize so many things that I believed that were lies in our culture. In Genesis when God creates man and woman, he uses very specific words that are different for each of them. He gives us this blueprint of who we are. Hundreds of years ago nothing was done for us. Women were tending the fields, harvesting the crops, making the food, preserving the food. They were baking everything, running their household while pregnant with however many children. They were CEOs of their home, running the ship and educating their children. Society has now almost made that looked down upon like it’s not enough. We have robbed the beauty of it. In His grace, He changed the way I looked at mothering. I have never been more content or happier in any role. In January of 2021 I decided to bake all of the bread for the family. And there are six of us currently. Number seven is coming. For four months we have our adopted child’s half brother and his mother living with us. So it’s a lot of bread to bake! But the satisfaction I felt when I put a nourishing meal on the table which sounds so 17th century was something I never felt before.”

When asked if she thinks women should not have careers outside the home, Rachel responds, “Absolutely not. I see the growth I had in my career of fourteen years. Many of the businesses I started, God put into my head. I knew He was working. They were His plans, not mine. And so those were seasons. And now I think God has called me home for a season. I still have dreams. I love starting things. But I think this is a season that God has asked me to stay home and focus on my children. I want to convey to women the idea of embracing the roles that God calls us to and encourage them to dig into His word when seeking what He has for us next. Seasons change and we get called to different things, but His word is always constant and full of wisdom for us as women.”