Ron Rothhaas, otherwise known as the Arbor Doctor, says that he will do anything for trees but cut them down. His company, Arbor Doctor LLC, provides full service tree and shrub care using the most innovative methodologies and up to date information available. Ron is an ISA Board Certified Master Arborist, a designation held by fewer than 2% of all ISA Certified Arborists.

He also keeps official records for the National Weather Service and is a frequent guest on Ron Wilson’s radio show In The Garden on WKRC.

Beyond his professional credentials, Ron is an example of someone who challenges himself to live out his faith, which has created some unexpected opportunities. “The reality is that I like to have a safe, comfortable life. I have always liked that. I would never step out on faith on much of anything.” After reading The Prayer of Jabez, Ron and his wife, Bridget, decided to expand their territory by adopting a child from China.

“Just stepping out enough to adopt a child from China was not me. After the paperwork had been sent off for the adoption, I started thinking about what I should be doing and possibly starting a business. Within the course of less than a year, I lost my job, started Arbor Doctor and found myself getting off the bus at Tiananmen Square, China, two days before getting our daughter. I remember thinking to myself that, when I started that Prayer of Jabez, I would never have pictured any of this.” Now, more than a decade later, Ron and Bridget are in the process of adopting a brother and sister as well.

Ron says that he firmly believes that God led him to start Arbor Doctor. “One of my prayers was to be able to share my faith with people. He has given me that opportunity through that story of adoption and that story of starting my business.” Through advertising, Ron met Ron Wilson, the host of WKRC’s “In The Garden” radio program, who asked him why he started his business, giving Ron the opportunity to share his testimony. Now he is a regular on the gardening show.

Ron has a passion to help people understand the value of trees and plants in the overall health of the planet and its inhabitants. “I really feel like we have the opportunity to make major contributions in the world, not just by being Christians in the workplace, which in itself is huge, but also understanding how plants and trees are beneficial to people’s health. A recent study showed that one of the most efficient ways to deal with global climate change is planting trees and maintaining the trees we have.”

He cites research showing that neighborhoods with trees have, among other benefits, lower crime rates, residents with fewer heart attacks and other life-threatening illnesses, and a 10% lower mortality rate. To Ron, caring for the environment is an act of worship. “When you think back to the Garden of Eden, when God put Adam in charge of the garden, He asked him to steward it. As Christians, we are called to be stewards of what we are given, including the world that we live in.”#AWOPHometownHeroes 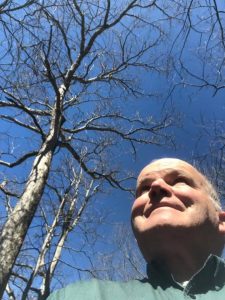 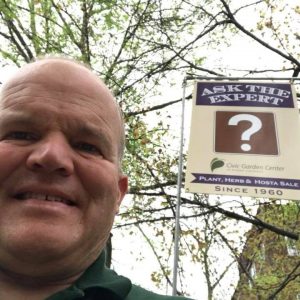 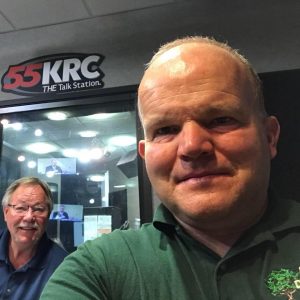 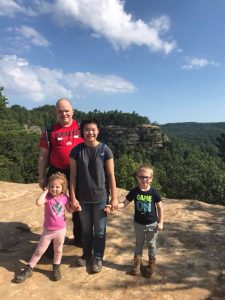