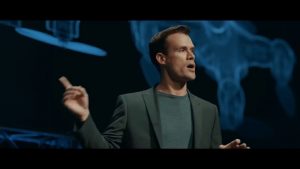 Now we come to a decision……   If WE were in that battle, whose side would we be on? How would we know which side had the advantage? We can’t see into the future to see if one warrior is mortally wounded, but the other has just a few minor injuries.

But there are new physical developments with drone weaponry and remote-controlled explosives.

Well, that all might be impressive. But “WHO” exactly is the enemy? The REAL enemy that this technology can be used against? Who are the ones who are to blame for all the unrest in the world?

The Federal Government has established that there are certain groups of people who represent the highest risk of sedition, unrest, disobedience, corruption, and ultimate danger to everyone else. Who are these people? The intelligence communities have issued declarations that Christians, Jews, and some members of a political party pose the greatest obstacle to peace and “normalcy”. Bible believers are NOW the enemy. REALLY? The military has been ordered to “purge” those members who do not align with the current belief system. Who would designate Bible believers to be the enemy. Obvious answer – Satan himself. Satan is setting up the parameters for his ruling EXACTLY in alignment with God’s plans. Satan isn’t overpowering God to do this! It is part of God’s plan that Satan has bought into! Why did Pharoah harden his heart? He didn’t God was preparing HIS PEOPLE for what was to come to pass.

Look at the Bible:   Ephesians 6 says: “For we wrestle not against flesh and blood, but against principalities, against powers, against the rulers of the darkness of this world, against spiritual wickedness in high places.

The Apostle John could never have described a drone, but look at Revelation 9:3-10.

“Lord, WE are YOUR people. We cannot be messed with except with YOUR permission and YOUR timing. We CANNOT be touched, beaten, of killed WITHOUT YOUR expressed consent. So, if YOU want us out of here to join You, we’re OK with that. Satan will take lives, but NOT by his decision. Lord, we are in times of exceptional upheaval. But we have NO fear. Our prayers for ourselves, our families, our friends, and our customers/vendors will be heard. Satan will NOT win. He will be forced to follow YOUR plan, Lord. We read the end of the book! We win!!! This earth is NOT our home. These bodies are NOT our bodies. We are just here for a season. Let us rejoice at the time we have remaining to serve You, worship You, spreads the news about You, and disciple those who receive Jesus as Savior. Thank YOU!!!   In Jesus’ Name, Amen.”